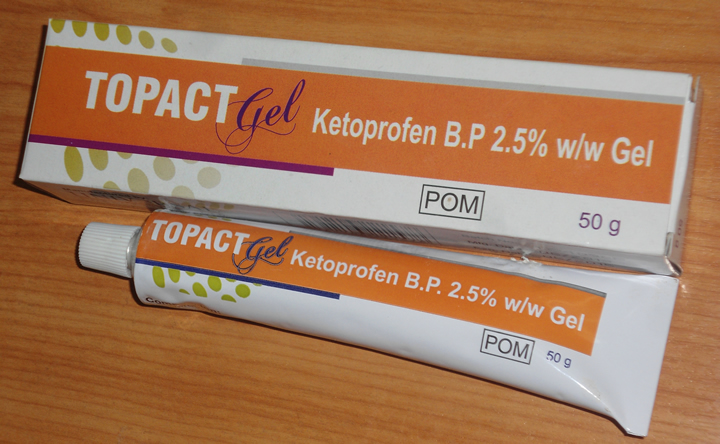 Pharmacological Properties
Pharmacodynamics
It belongs to a class of medicines known as Non-steroidal Anti-inflammatory Drugs (NSAIDs) for topical use. It has anti-inflammatory and analgesic actions.Pharmacokinetics:

By cutaneous route, absorption is very low. In fact, the percutaneous application of 50-150 mg of Ketoprofen produces plasma levels of the active ingredient of 0.08-0.15 μg/mL approximately 5-8 hours after application.

Indications:
For local relief of pain and inflammation associated with rheumatic and muscular disorders and soft tissue injuries such as acute strains and sprains.

Dosage and administration:
Adults: Apply a length of gel 5-10cm long to the skin of the affected area two or three times a day.
Children under 12 years of age: Not recommended.

Precautions:
– Topical application of large amounts, may result in systemic effects, including hypersensitivity and asthma.
– The treatment should be interrupted if rash appears.
– The recommended length of treatment should not be exceeded due to risk of developing contact dermatitis and photosensitivity reactions
increasing over time.
– Protect treated areas by wearing clothing during treatment  for two weeks following its discontinuation to avoid any risk of photosensitisation.
– Hands should be washed thoroughly after each application of Topact Gel.
– If gel comes into contact with mucous membranes or eyes, wash thoroughly with warm water.
– Treatment should be discontinued immediately upon development of any skin reaction after application of Topact Gel.

Presentation:
Topact Gel is available in the following pack sizes – 30 g, 50g and 100g in collapsible  Aluminium tubes packed in unit boxes.
Storage:
Store below 30°C. Keep out of the reach of children. Replace the cap after use.