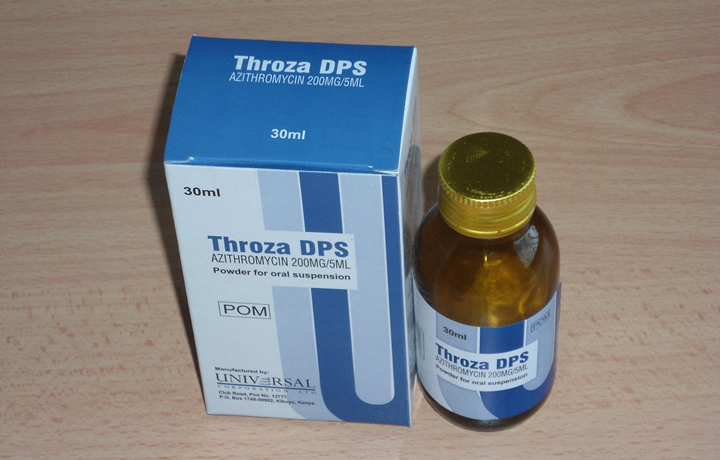 For the use of a Registered Medical Practitioner, a Hospital or a Laboratory only

DESCRIPTION:
Azithromycin is a macrolide antibiotic belonging to the azalide group. The molecule is constructed by adding a nitrogen atom to the lactone ring of erythromycin A.

CLINICAL PHARMACOLOGY:
The mechanism of action of azithromycin is based upon the suppression of bacterial protein synthesis by binding to the ribosomal 50S sub-unit and inhibition of peptide translocation.

INDICATIONS:
Azithromycin is indicated for the treatment of the following infections when known or likely to be due to one or more susceptible microorganisms:
–    bronchitis
–    community-acquired pneumonia
–    sinusitis
–    pharyngitis/tonsillitis
–    otitis media
–    skin and soft tissue infections
–    uncomplicated genital infections due to Chlamydia trachomatis

OVERDOSAGE:
The typical symptoms of an overdose with macrolide antibiotics include reversible loss of hearing, severe nausea, vomiting and diarrhoea. In the event of overdose, the administration of medicinal charcoal and general symptomatic treatment and supportive measures are indicated.